Renting with Pets in Ontario

Does your lease say “No Pets”?

Luckily, in Ontario, the law is on our side when it comes to living with pets. I spoke to the nice folks at the landlord and tenant office, and they clarified the apartment rental laws regarding pets as follows.

Even if the lease says “NO PETS”, an apartment renter in Ontario is free to live anywhere they please. The onus of removing a tenant from a property lies on the landlord, who would have to PROVE that a pet is:

If a property manager, landlord, or neighbouring tenant successfully proves any one of the above points, a tenant may be evicted via formal legal procedures, with plenty of forms and notice.

However, responsible people who care about their dog(s) will ensure that they are properly socialized, get plenty of daily exercise, and are not left at home alone all day to bark incessantly, or destroy the place out of boredom and frustration. Responsible dog lovers who work long hours, hire dog walkers to be there when they cannot, to make certain that their dog is getting the care they need. 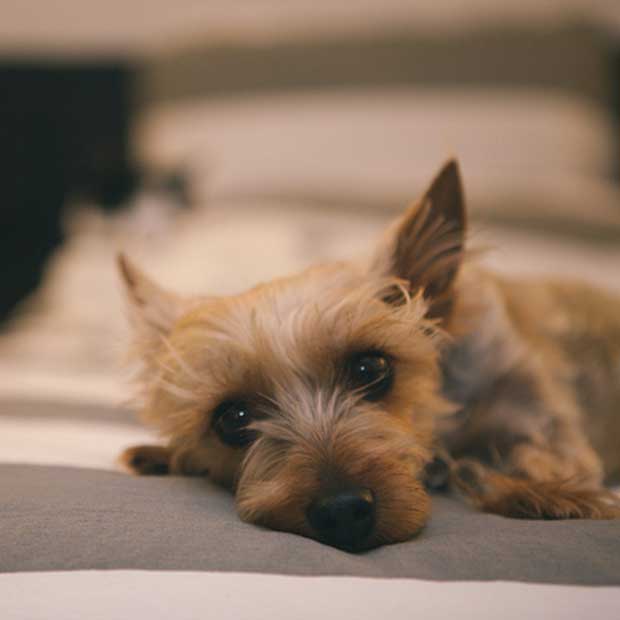 Since dogs are not normally dangerous or destructive, that leaves the final (and least concrete) point. What exactly does “disturb” mean in this context? Well, of course prolonged barking, whining or howling would definitely cause a disturbance among the neighbours.

However, a determined landlord or neighbour could simply say that they are allergic to your dog, even if they are not. Would the complainant actually need to get tested for these allergies in order to lawfully evict a tenant with pets? Could it be definitively proven that their symptoms are solely caused by your dog, rather than anything else in their environment?

Dogs, apartments, and the law

Here in Ontario, we have lived in many apartment buildings that were full of pets, without any problems, although the lease said “no pets”. Until we moved to British Columbia in 1996, I had not truly appreciated what a great situation we have here in Ontario. The law in BC is not on the side of the pet owner, at all! The situation remains the same. “A landlord can restrict the size, kind and number of pets.” In other words, the number of allowed pets may be set at zero.

Looking for an apartment in Vancouver was a rude awakening. Back then we lived with our sweet 6 year old Jack Russell Terrier, named Muddy, who was our constant companion. In all honesty, I told them that Muddy was extremely well-behaved, quiet, and perfectly house trained since he was about 9 weeks of age. He had no fleas or ticks as we used a topical preventative and, despite his name, he was very clean and loved to be bathed and even enjoyed a thorough blow-drying, or quick vacuuming when he was sandy. On top of all of this, we worked from home, so he was rarely left unattended.

Due to this blatant discrimination against our dog, I had to call to enquire at over TWO HUNDRED potential apartments to finally secure a place to live!

This situation led to me petitioning for law reform in BC, where people with dogs are openly discriminated against when seeking rental accommodations. Also, public transportation in Vancouver is not accessible to pet owners, even to take a pet to the vet.

The most likely people to sign such a petition to change the law were to be found in and around public parks. Interestingly, I met several hypocritical landlords there, while they were enjoying a lovely outing with their dog(s).  When I asked why they would not allow others with pets (especially dogs) to live in their suites, although they, themselves had dogs, they said that tenants with dogs might cause damages, or fail to pick up their dog’s excrement.

These landlords could clearly see that they were not being fair to their fellow pet-lovers, but since the law allowed them to discriminate, they would continue to do so because they felt it was protecting their significant investments in their rental properties. 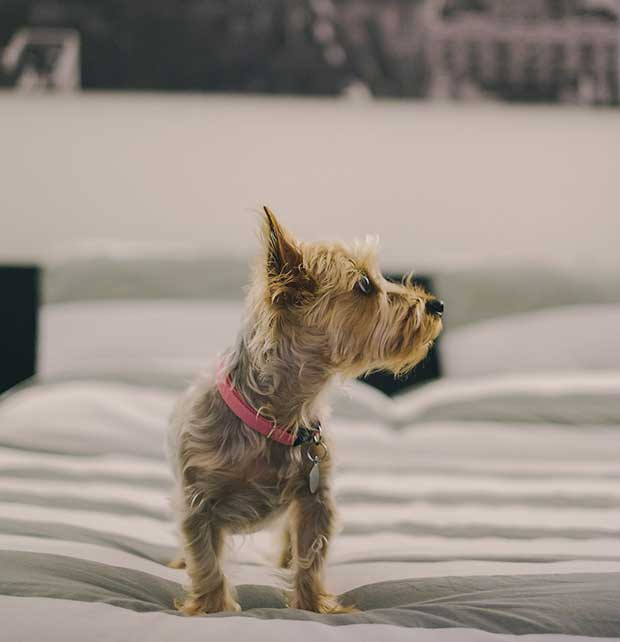 Since then I learned that it is possible for renters to buy pet insurance, which would cover any damages caused by their pets. This would alleviate some of the landlord’s concerns and make it easier for people with dogs to find accommodations.

Most pet owners are responsible and considerate neighbours. Most pets are house trained, not dangerous, and kept in a clean and healthy environment. As such, it makes sense that the law in Ontario for renters favours the side of the pet owner.

Supporting you in providing a balanced & fulfilling life for your dog